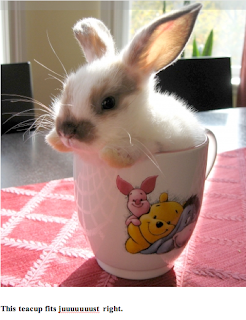 There I was on an airplane to California, stuck with the December 2009 print issue of Vanity Fair because I couldn’t get my credit card to work for a video on-demand feature. (Julie & Julia, if you must know.)

OK, I can deal, I thought. VF is a guilty pleasure, anyway, and I might even read the cover profile about Robert Pattinson of Twilight fame. I noted the blurb at the bottom of the cover—”How Grandmas and 12-Year-Old Girls Are Corrupting American Culture”—thinking, huh, that sounds sexist, probably about Twilight, whatever, not what I’m in it for.

Turns out this piece by Jim Windolf was not about Twilight or that particular void of an interview; instead, Windolf’s article about girl oldsters and youngsters is called “Addicted to Cute”—with a tag line of “America has been flooded by a tsunami of cute.”

To which I put it to you right now: Really?

“Addicted to Cute” stoked my ire about trend stories. This one falls into the frothing-at-the mouth category. It’s a mere reaction to something that may or may not be a trend, showcasing the writer’s slick use of words and pandering to the audience by running all sorts of pictures of puppies and pandas. Read me! Read me! I hate this crap but READ ME.

I happened upon cuteness not by searching through VF‘s table of contents, which is always buried in a swath of ads, but by random page-flipping. When I started seeing Pikachu, puppy piles, and dogs in human clothing, I realized I’d found the grandma/12-year-old piece, although within the article itself there are only the slyest of references to this being a female phenomenon—a sexist warning flag.

I object to the idea that cuteness has now become a “broader cultural movement” for two reasons: (1) While we may indeed be awash in cute critters on the Internet, Smart Cars, and cupcake boutique bakeries, the love of cuteness doesn’t seem like a new trend at all.

(2) Even if it is a trend, who cares? Why is it so bad that a sushi chef has crafted a creation out of colored seaweed showing President Obama’s “cute” face? Or that the media gush about the Obama dog?

Windolf opens with the “Hahaha” baby video, which shows a baby laughing helplessly as his off-screen dad says “Bing!” and “Dong.” He notes that at the time of writing, this was one of the most-watched YouTube clips at about 100 million views. Here’s the video:

“Cootchie-coo behavior used to be reserved for private moments in the home. But now, with the Internet’s help, people feel free to wallow in cuteness en masse, in the company of strangers.”

Just who these “wallowing” people are remains an open question.

A page or so later, Windolf has trotted out the not-stunning news from experts that human beings are hardwired to go “awwww” when they see infant-like characteristics: big eyes, round head, chubby cheeks, cuddly puppy fat. He notes (via Stephen Jay Gould) that Walt Disney got the point decades ago, as Mickey Mouse morphed from a skinnier rodent to the rounder head and ears. (On VF‘s website, we even get Windolf discussing “the roots of cute.”)

So what’s the trend, if the tendency goes back to the dawn of human consciousness—or at least to savvy animators like Walt Disney?

Think of It’s a Wonderful Life, which would surely qualify as a cuteness fest in Windolf’s terms, with guardian angel Clarence and Christmas tree ornaments jingling when angels get their wings. Frank Capra knew the power of cute, just as surely as the website founder of Cute Overload and Hayao Miyazaki and other purveyors of Japanese cuteness (or kawaii) do.

Sure, sure, sure, Windolf grumps, long before Hello Kitty, there were the Monkees and the Osmonds and Bambi. But “the cute acts of today,” he writes, “aren’t controlled by a corporation or impresario looking to cash in; they’re cute by choice.”

This is a problem? Excuse the sarcasm, but I am not convinced that cuteness in the hands of corporations has less impact or that the appearance of “more than 150 other cute-animal sites catalogued by the recommendation engine StumbleUpon” proves there is a new and soul-killing trend on the loose.

There’s more of everything on the Internet—foodie sites,  political ravings of every persuasion, fan clubs for every bit actor in Hollywood history. I could just as easily claim there’s a trend in belief in the paranormal or wizards.

The “moreness” numbers of the Internet don’t reveal anything except the very large trend of what it means to contend with so much cultural input in a virtual social setting. I’d like to see an analysis of that, or many cuts at this very big subject, but it isn’t here. 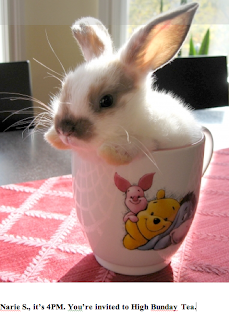 Let me come clean and say that I share Windolf’s loathing for Disney’s Winnie the Pooh and pictures of cats in little arm casts. I’ve never been a girly girl, and I cringe at terms like “puppehs” (lingo from Cute Overload) and “cutegasm.” When Windolf writes, “What is the antonym for ‘cutegasm’? Because that’s what I’m having right now,” it gave me a vicarious thrill.

Yet that’s about all this trend story amounts to—a vicarious thrill for hipsters and the cultural elite—and it’s not enough to support its larger claims about this “tsunami” we’re all suddenly being assaulted with.

Windolf does raise some interesting questions about the uneven power dynamic in a cute response—the baby being “dinged”  has no control over what the adult is doing, and we love to watch people doing pratfalls or otherwise losing control. But the inherent sadism in everything from stand-up comedy to parading bears in top hats is about more than cuteness.

The sour grapes of this article, with its longing for more “edge” in the cultural zeitgeist rather than everyone buying more candy bars (another dubious  contention) is really about girl stuff.

Windolf doesn’t talk to any feminists about this issue, and I have to ask why a male writer is so “depressed” about the supposed triumph of the emotional and sentimental. The female sensibility that cuteness evokes is anything but monolithic.

Exhibit A: an actual twelve-year-old girl. A few mornings ago while in the Bay Area, my “niece” (her term; awwwww) gave me a tour of her bedroom. This included photos of lion cubs and seals and puppies taped to the wall beside her bed. She had sparkle pillows and stuffed butterflies amid the bookshelves and family photos. She loves cute—as we joked—but she’s also very funny and very opinionated. She has a calendar of cute dogs, but on this month’s selection, she had taped a piece of “CAUTION” yellow tape across the dogs’ snouts.

Why? “It seemed like a warning against cuteness,” she said.

This reality of strong girls who like emoticons but also LOL obviously worries the guys at VF. Windolf concludes: “I would not doubt the power of cuteness. It will bat its lashes and crinkle its nose, and it will smother its critics with its softness.”

Funny thing about the smothering of opinion, though. Besides Windolf’s anti-cuteness manifesto, this VF issue includes only one female feature writer. The editorial content is surrounded by high-fashion ads of poreless young faces. James Wolcott’s diatribe about reality TV is called “I’m a Culture Critic…Get Me Out of Here!”

I’m with him in his disgust, but dissing reality TV isn’t exactly cutting-edge commentary. When Wolcott says of the annoying Gosselins of Jon & Kate plus Eight that “We are now stuck with them for the foreseeable future,” my response is that maybe Wolcott thinks he is but the rest of us can easily decide to flip channels or just turn off the TV.

The snarky bitterness emanates a whiff of something else: anxiety. All these male cultural critics are railing at the readers who have run away to the Internet, whether we’re reading the Daily Kos or a wonderful blog about the literary scene called Ward Six  or Cute Overload.

That’s a problem for VF, a glossy that surely counts on female readers. Based on the Audit Bureau of Circulations, VF‘s circulation numbers for the past five years can most charitably be described as flat—and that would be when viewed through a pair of Dolce & Gabbana rose-colored glasses. Without the grandmas and twelve-year-olds, magazines like Vanity Fair have to remake themselves or go under.

I submit that requires a major shift in conventional thinking and audience and culture. I can see why Wolcott and Windolf are worried. But their fears are masked by high-gloss condescension, because as we women know, anxiety is not cute at all.

This post originally appeared on Open Salon. The bunnies are from “This teacup is too big…” on Cute Overload.

6 thoughts on “Is Cuteness Trendy? Sour Grapes from Vanity Fair”