I’m almost fond of Martha Stewart. She’s got chutzpah, rising from the ashes of securities fraud. But anyone who’s seen the messy piles in my house would know that I loathe housekeeping and hand-woven flower wreaths. I lack that Martha’s spit and polish and need for physical order.

I’m not embracing my inner housekeeper here. Yet a recent mention of a children’s book called Martha Doesn’t Say Sorry! in a New Yorker article got me thinking about my given name, my long-time ambivalence towards it—and the possibility that maybe, just maybe, I’m growing into it.

According to Daniel Zalewski’s article, the latest picture-book Martha by Samantha Berger involves a “stubborn” otter. It has a transparent moral message, Zalewski notes, meant to encourage discipline.

But my first reaction was to think, oh, no! Not another wacky animal character named Martha!

There’s already Martha the hippo of all those George and Martha books by James Marshall; there’s Martha the talking dog of Martha Speaks and other titles by Susan Meddaugh, now a PBS cartoon series. 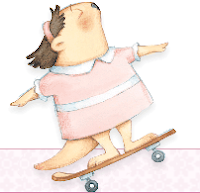 To be fair, Zalewski’s article is about a lot more than potential Martha-bashing; he argues that many “obstreperous” children’s books today depict parents as wimps. He also cites a slew of other characters named everything from Olivia to Finn to Lilly. There’s no nefarious trend in naming creatures Martha—I think.

But do other people second-guess their name, as I have since childhood? Some do, I know. For those crossing cultural boundaries, often in the most painful way, it’s a serious issue. See The Namesake by Jhumpa Lahiri, in which an Indian immigrant’s son resists being named Gogol Ganguli. Or talk to any international adoptee, even one as young as my seven-year-old son.

Back in the day, I longed to be Miranda or Antoinette or Angelique. Instead I got stuck with a long-dead grandmother’s name, somebody with whom I’d never shared a personal connection.

I hated being a girl named Martha in the 1960s and 1970s. It was right up there with “A Boy Named Sue.” In my Bay Area schools, I was the only one among a swath of Kathys and Debbies and Sherrys. There were a few Martas and Maritas, but the Spanish variations seemed to have infinitely more soul than my Anglicized “tha.”

Flashback to third grade: It’s February. President’s Day is approaching, along with my annual dread of what will be shouted at me on the playground: “Martha Washington! Martha Washington? How’s George?”

A year later, I’m at Bridget B’s pool party, a few months after the Beatles’s White Album has been released. I walk into the B family’s swanky new house in a new suburban tract of what will eventually become the outer reaches of Silicon Valley—she’s got a pool!—and the other girls giggle, as Bridget plays, “Martha My Dear.”

I’ve never heard it before. I’m blushing, and I hate blushing. I suspect Bridget is trying to humiliate me. “It’s so cute!” she insists.

I was still a child, but my response then was more complicated than hating “Martha Washington.” I was embarrassed by the idea that I could ever be anyone’s inspiration. It was even more depressing when I found out later that Paul McCartney wrote the song for his sheepdog.
Flash forward: I’m an adult hanging out with my friends’ kids—and later the friends of my son—and these children love to say to me, “George and Martha!” (downcast eyes, sly grins) or “Are you a dog?” (snort, snort). I laugh along, because the kids seem so delighted to meet an actual human being named Martha.

Not so long ago, a friend of mine shakes her head and tells me, “You really don’t seem like a Martha, you know?”

I’m guessing that’s a compliment. Various baby-name books and websites translate it as “lady” (from the Aramaic “Marta”) or mistress of the house. It’s a good fit for Martha Stewart but didn’t stick to Martha “Calamity Jane” Cannary Burke, frontier hellion of the late 1800s.

By 2008, the name Martha was ranked 617 in popularity, according to the Social Security Administration. At least it made the top 1,000, but Martha has been on a steady decline for a century, with a few spikes around 2000. Emma and Isabella were the most popular girl names in 2008; Madison was fourth, and Olivia came in a hot sixth.

(I feel compelled to point out that, in addition to Martha, many animal characters have old-fashioned women’s names like Olivia and Frances—a pig and badger, respectively—as well as Opal and Daphne of the Toot and Puddle universe—also pigs.)

Meanwhile, Namipedia users on the Baby Name Wizard site rated Martha as sounding smart and strong but not young or sexy.

Yet when I think about Martha the hippo or Martha the talking dog—and really take in those wonderful books—I realize that maybe the name fits me better than I used to believe.

Martha the dog can’t shut up after she eats a bowl of alphabet soup and gets the gift of human gab. In Martha Speaks, she annoys her family by rambling on as they’re watching TV or reading:

“There’s a poodle over on Circuit Street I’d really like to play with. He’s small, but what a dog! And speaking of small, I’m sure you’re all curious about the early days of my life…” 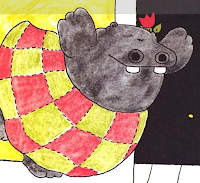 Martha the hippo wears huge print skirts and is George’s best friend. She’s pictured smoking a cigar and playing a saxophone. In George and Martha Back in Town, she stands on her head on a surfboard. George, the lifeguard, has a tough time reigning her in:

“Very soon George saw that someone was disobeying the rules.
‘No horsing around!’ he called through his megaphone.
‘It’s all right!’ shouted Martha. ‘It’s only me!’

By college, I identified with “Martha My Dear.” It became an affectionate nickname from some of my closest friends, who would address letters to me as “M.M. Dear.” Others still call me Marth or M (“Em”). 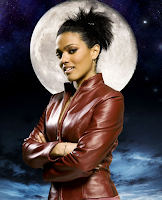 The most famous of us—Martha Graham, Martha Stewart, the fictional Martha Jones of Doctor Who—make things happen. Martha may even have become cool because of that sexy Doctor Who character, at least in the U.K.

So is it possible that I actually like my old-fashioned, unpopular name?

This is a fate I never could have imagined at fifteen. But it’s true. I can save the world with words, especially in the guise of the latest Martha Jones. I’m zany and stubborn and I refuse to apologize. I can’t stop talking or writing, and what’s wrong with that?

Even Paul McCartney has said Martha was his muse, not just a sheepdog.